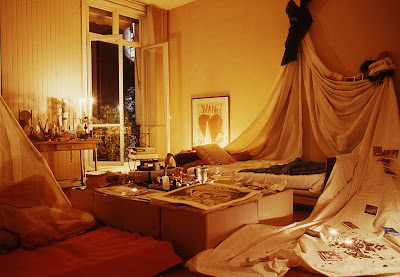 At first, I had very little furniture, so I used my moving boxes as coffee table and would put up a grand decor out of scratch to entertain friends and improvised a tent as a guest bedroom when they stayed overnight or visited me from abroad. 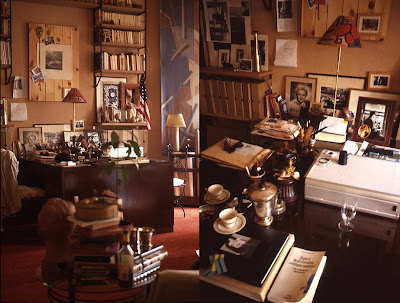 In time, I purchased from the flea market a massive 1930's mahogany double desk and far to much stuff too, but the lamp on the desk and the high narrow painting are reminiscent of my former life as a painter. I burned this painting last week. ah! ah! 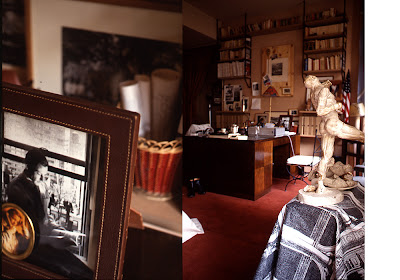 The photo on the left is a portrait of your humble servant taken in New York at that time. God, it looks like a century ago. 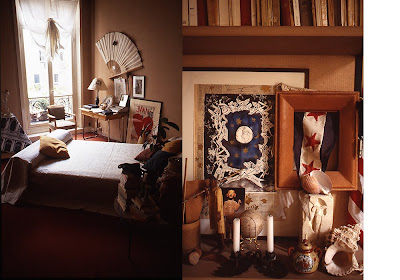 The nautical family flag is all that is left from my ukrainian grand father's steamship "Iolanda". The New York Yacht club has a model of her. Its an interesting story which you can read about here. 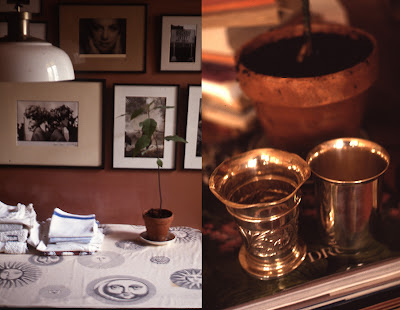 My former entry calls for this one. As I started to work on a somewhat regular basis for Condé Nast, I moved in April 1992 to a studio on the much sought after and elegant rue Guynemer along the Luxembourg garden. It was a strike of luck really. The place was a large high ceiling single room and a spacious kitchen decorated in the 70's. I kept the place for as long as I could afford it. It would not last more than three years but that is another story...
Published by IVAN TERESTCHENKO at 10:25 AM

Email ThisBlogThis!Share to TwitterShare to FacebookShare to Pinterest
Tags Portraits of Interiors

without sounding-fawning-god, I love it. boxes for tables in that setting-Inspired. A large desk purchase is always good-mine is 30's French oval partners.Glad I bought it a tight squeeze sizewise and costwise at the time. It always gets comments, even with the clutter! I hope you held on to that. What wonders are the color palette of all the images-which I love-perhaps not glaring-but dynamic.
It is always easier to shed some of our perceived success than we think,True? I did, how liberating to be able to do that and burn that painting. Good all round. gt

Ivan, Ivan, your blog transports me to another time and place. I wish I could apply a horn-handled magnifying glass to each of your incredible photos to pore over all the little details. Sigh. I am officially addicted. xx

Boxes as a table, great idea

Love the style of the pictures.

thank you for sharing these pictures, Ivan. i love to see photos of living spaces the way it is.
a picture of Gagarin is a surprise :-)

Irina, you have good eyes. Gagarine indeed featured in The Manipulator, a wonderful extra large scale mag from the 80's.

.....absolutely stunning. I LOVE the photos of your homes. I LOVE, LOVE your witty and whimsical approach to decorating (i.e. the boxes and tents), and I LOVE, LOVE, LOVE all of your furnishings and accessories. I agree with L.B.G.. I, too, want a magnifying glass so that I can peruse every crevice of your beautiful spaces.

Thanks Scott, Thank you all, how am I going to keep your interest now...

What captures my eye in these photographs is the color of the floor which embraces everything in the room. Beautiful!

how wonderfully great to see your home. i have to also say i was loving the boxes coffee table. and the guestroom tent - truly inspired! hand me the magnifying glass....

IVAN TERESTCHENKO
I've been taking photographs for twenty years now, mostly for magazines and books and painting for more than that. This blog is a diary of some sort. It speaks of the things I do, see or fancy in my daily life. Unless specified, all the photographs and art works here are my own. Enjoy your visit and if you feel like it, leave a comment. ********************************************** Ce blog est en anglais et je m'en excuse aupres de mes visiteurs francais. Je l'ai voulu ainsi afin qu'il puisse etre lu par le plus grand nombre mais naturellement vos commentaires sont les bienvenus.

Tale from the Van 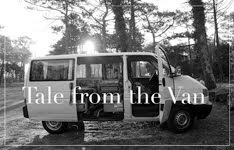 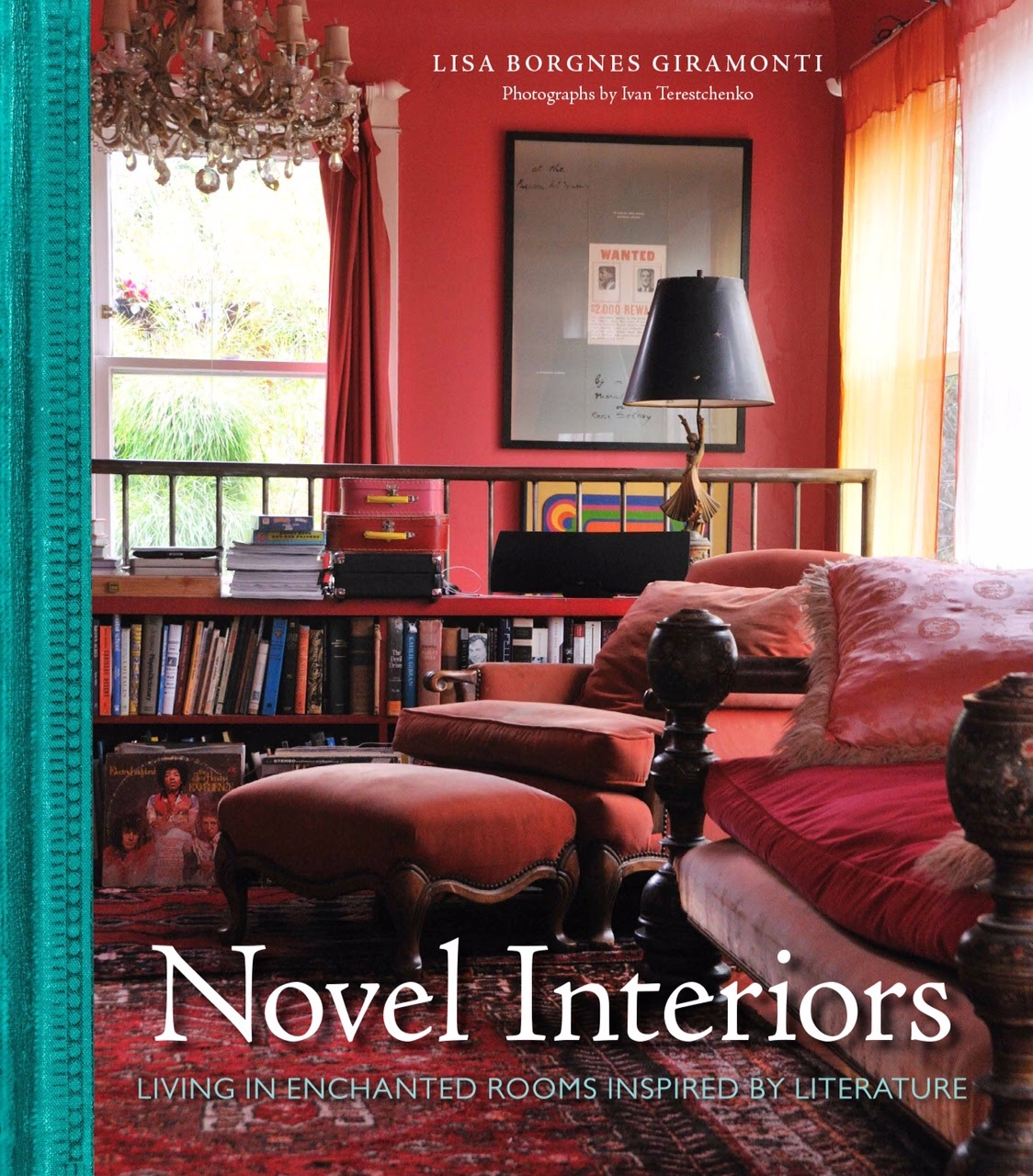 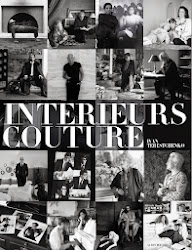 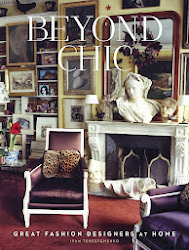 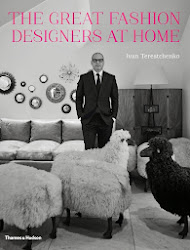 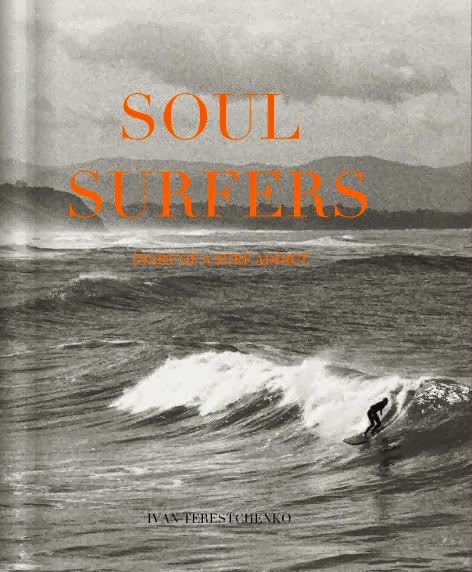 The private World of Yves Saint Laurent and Pierre Bergé 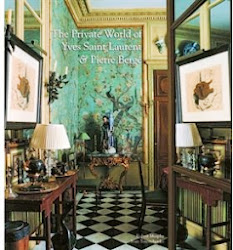 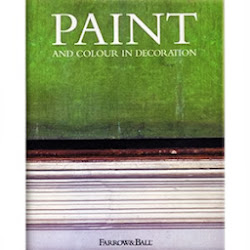 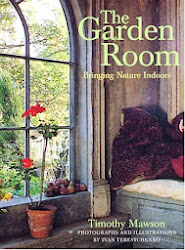 My first book. A bit of a classic now.